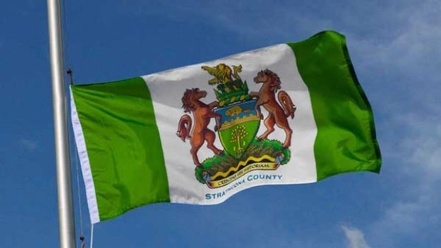 welcome to re-elect Rod Frank for mayor of Strathcona County

Rod is running for re-election as Mayor of Strathcona County/Sherwood Park on October 18, 2021.

Learn about our campaign, and please help us get it done in '21 - volunteer, take a sign, donate, and vote for Rod on election day (or in an advance poll).

. . . when our family moved here in 1963. My parents were community builders, and in 2001 my Dad was inducted onto the Millennium Place Sports Wall of Recognition.

As the County grew, I grew with it. I was the kid playing hockey on the neighborhood street and football on the local field. I delivered the paper to your door and worked at the grocery store.

I attended school and graduated here. I went to university with some of your sons and daughters, earning business and law degrees. I then became  a corporate lawyer working in telecom, and competition and antitrust law.  My wife and I raised our own family here.

I am now honoured to publicly serve 100,000 citizens as your mayor (my only and full time position), in my own community – the best in Canada.

· Jobs and economy: over $4 billion in new investment

· Canada’s most livable community – in work, education, and recreation

· Prosperity and economic diversity to improve your quality of life

Volunteer, Take a Sign, Donate, and Vote for Rod

We kindly ask you to consider helping us with the 2021 mayor campaign. Together we will make the next chapter in the history of Strathcona County one of the greatest ever. We would be grateful for your vote but would also sincerely appreciate it if you could volunteer on the campaign and/or donate. We promise an exciting and fun time with friends and associates for the campaign of a lifetime – you won’t want to miss it!

How you can help:

1. Volunteer: join our team for the Re-elect Rod Frank Run in ’21 Mayor Campaign.

a. What is your area of interest? There are lots of opportunities available in communications, office work, phone calling, delivering campaign literature, volunteer recruitment, placing signs, and more. Do as much or as little as you like.

b. Email rfrank@rfrank.ca to get a conversation going with us on how you can be involved.

2. Place a lawn sign: send us an email at rfrank@rfrank.ca and we will get back to you on how we get a sign on your lawn (signs cannot be put up until September 18, 2021, but we would love to have your name now).

As long as you reside in Alberta you can contribute, you do not have to live in Strathcona County/Sherwood Park. Individuals only though please, we cannot take corporate or union donations. Signs, rent, advertising, and other costs add up, so we need your financial help to ensure a victory.

How to do it: Please use your bank’s Interac e-Transfer using my email address rfrank@rfrank.ca. There is no need to add a security question, as the account on my end is on auto-deposit.  In the “message” section, be sure to include your name, address, and telephone number; anonymous contributions are prohibited.

Wish to donate by cheque? No problem - just email rfrank@rfrank.ca and we will provide details.

4. Vote: Please mark your calendar for Monday, October 18, 2021 and please get out to vote Rod for Mayor! Better yet, you can vote in advance in September. We will provide the details when available.

He feels honoured and privileged in his work to make the County’s vision of Canada’s most livable community a reality.

· Supporting responsible commercial and industrial development to improve our citizens’ quality of life,

Rod is passionate in leading Strathcona County to a future of continued prosperity.

Strathcona County is an industrial and agricultural juggernaut. It is compromised of both rural and urban areas, including Sherwood Park, and has a population of close to 100,000 citizens. Its best in class municipal services lead in policing, firefighting, transit, recreation, parks, culture, water and roads .

The County is home to over 40 world class companies in the energy, petrochemical and hydrogen sectors, with total investments of of over $40 billion.

The County's  Beaver Hills Biosphere is an environmental oasis in the  region.

The capital region that Strathcona County is a part of has a population of over 1.3 million people, produces 30 per cent of Alberta's GDP, and supports over 700,000 jobs.

Rod was elected Mayor of Strathcona County on October 16, 2017.

Mayor Frank was raised in the County, after moving here with his family in 1963. Rod and his wife brought up their own family here also.

He earned business and law degrees from the University of Alberta.  Before becoming mayor, Rod had over 40 years of experience in the business and legal worlds. As a corporate lawyer, Rod had a telecom, and competition and antitrust law practice .

Leadership credentials in the business world include co-leader of Legal Services at TELUS, and practice lead to the wholesale, business, and wireless divisions; as well as lead competition law advisor. Rod was lead counsel closing a $1.2 billion-dollar deal, one of the single largest telecom services transactions in Canadian history.

In the non-profit sector, Rod was one of the original incorporators of the Elk Island Education Foundation (REAL Foundation), and a former President and General Manager of the Edmonton Wildcat Junior Football Club.

With two sons who grew up in the Park, Rod has also volunteered for more than 15 years in local schools, and “every sport out there – football, hockey, soccer, baseball, lacrosse”.

Rod is committed to serving the citizens throughout term; working for the citizen in politics and current events. The core of his plan is to realize Strathcona County's vision, to provide first-in-class municipal services, and  to provide financial certainty for individuals and industry, and to foster a citizen-centered culture.

“I respect the trust citizens have placed in me. I dedicate my service over the next term to advancing the best interests of Strathcona County, and to this community being a leading light in Alberta.”

- Board Member, Edmonton Metropolitan Region Board

Rod previously wrote a legal column for the Sherwood Park - Strathcona County News, "The Lawyer in Your Corner. "

We love our supporters, and would look forward to you volunteering, taking a sign, and/or donating.

Powered by the RBJ Frank Team